Stuart O’Connor and his Music 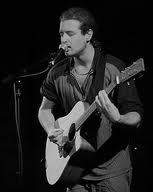 This is not a review of an album as such – more a review of a life (so far) work.  Stuart is an artist who works with words and music to engage his  audience in his ideas. There – I made a distinction that says more than just  ‘musician’.  But I’m not going to demean Stuart or you readers by offering some shorthand pigeon hole in which to place him. That would be unfair to him and to pigeons.  Stuart is what I like to call ‘ the real deal’. We have all been to gigs and seen  people strutting their stuff and we know at some instinctive level that this is just an act. It is a construct designed as a platform for the ego or a cynical money getter or something else. We don’t go away humming the tunes and we certainly don’t care to ponder the lyrics. There would be no point. I don’t want to share my consciousness with them.

Stuart has developed his own style under the tutelage of his own good taste and determination to innovate. In this innovation is a basic honesty – you feel that if he  found a false note in anything he wrote he would quickly  get rid of it and  work the material again. His songs – like all the best song writes, come from his life. His life in a white van travelling around the country performing whoever he can get an audience – and further afield, swapping gigs with people in Australia, New Zealand and Japan. His creativity involves the way he runs his whole venture. It is as if he decided to re-invent how the whole  touring musician thing should operate.

I’ve known Stuart for more than a decade and in that time seen his  output develop in maturity to the point where the new song video just released (why do we say released? it wasn’t in captivity or being artificially held back) (see link)  sums up the standard of his work so far. Yes, he really does pull all that off live. The use of pedals and so on is not new – but he doesn’t let it dominate as an ‘axeman’ might, he lets the fireworks in the guitar rest below his  lyrics, supporting and  sustaining the target of his performance – the songs.

I have been involved at periphery of Stuarts music in all its guises – as front man for the alternative band “My Pet Junkie’, as a solo artist and now as the progenitor of the ‘Stuart O’Connor Band’.  All incarnations are excellent and I recommend hearing and seeing any of these if you can.

I’ll offer you   www.stuartoconnor.com for a fuller picture but hunt around the web (or just type the name in google) and you’ll find a trove of music that defies  compartmentalisation and aught to be heard more widely.

Support Stuart too – even if you don’t rush out and buy his albums (which you should) just go and  give him some good feedback on his Facebook – to let him know  you appreciate  the dedication to his art that he exhibits.